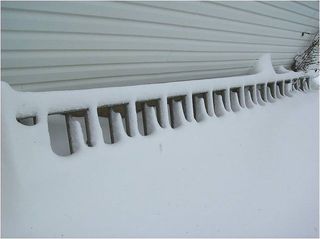 Leaders & Ladders – One Size Does Not Fit All

I learned a ton about leadership…

… while heading up the 1999 Pan American Games Marketing Project in Canada.  I had to.  Almost overnight, I found myself at the head of this challenging project.

But like so many things, just when I thought I had learned it all, I realized how much more there was to learn.

In leadership, one size does not fit all.

The Pan Am Marathon

The Pan Am Project had a four-year business and operational plan.  It was a marathon, not a sprint.

I would be more successful if I let other people take the lead in areas where they were either better than I was or investing more time than I was… which was in just about every area of the project.

Did that render me useless?

Intuitively, I also came to realize that it was my job to keep my eyes on the big prize, while helping each individual to self-actualize, to grow and feel appreciated, within that big picture.

This drove a virtuous cycle: everyone generally stayed motivated, myself included.  I found my zone, and everyone found theirs.

So I thought I knew everything there was to know about leadership.

Then in the course of two days…

Two things happened, one related to work and one not.  Taken together, I realized I didn’t know nearly as much as I’d thought about leadership.

Both events had happy endings, but that was more the result of just knowing the goal and putting it all on the line, than it was the result of any knowledge or leadership experience.

I was skiing at Hunter Mountain in my beloved Catskill Mountains of New York State.  I was in a lift line, about to get on the chair, when the lift stopped.  At first, I didn’t even notice the drama unfolding 100 yards ahead.

Hanging from a chair by the hood of his coat, about 10 meters (30 feet) above the ground was a ten-year-old boy.

His sister was was holding on to his hood.  She was crying, unsure how long she could hold on, unsure what else she could do.

I don’t even remember stepping out of my ski bindings, but I do remember running toward the chair, pleading at the top of my lungs for the girl to hold on.

But it quickly dawned on me that I had no immediate solution.  My heart sank.

Just then, a woman appeared from behind the lift engine, carrying a long ladder with two hooks at the top.  In one heave, she launched the ladder up, but only secured one of the hooks to the safety bar.  On the ground, only one of the ladder’s feet was firm in the snow.  That didn’t stop her from climbing up the ladder without haste.

A few more steps, and the ladder would have twisted; she would have flown right off of it.

All I could do was shout at her.

“We don’t have time!” she called back.

The young sister started crying louder, her grip weakening from her brother’s coat.

The woman didn’t think a third time.  She hurried down the ladder.  As soon as her feet hit the ground, I secured the base of the ladder firmly in the snow and re-attached both hooks on to the safety bar.

No interpretation needed.  She hurried back up the ladder.  When the woman got level with the boy, she reached her arms through the top rung of the ladder and grabbed him securely under the shoulders.

The sister let go and erupted in tears, overwhelmed in emotion.  She had done her job, well.

But the job wasn’t finished

The woman was now holding the boy at the same dangerous height, but she could not get her arms out from inside the rungs of the ladder.  She and the boy were stuck.

“Hold on!” I yellled, and I bolted up the ladder.

I stood one rung below her, and now reached around the outside of her and the ladder and grabbed the boy.

(What a sight this must’ve been, I thought later: Me, hugging this strange woman from behind, 10 meters above the ground, looking over her shoulder, right into the eyes of the boy who seemed indifferent about the whole thing.)

The woman freed her arms from inside the ladder, and yelled back at me.  “Let me get a second grip!”  She grabbed the boy again from around the outside of the ladder.  Both of us now held the boy firmly.

“Yeah!”  I was the one who was now a little unsure of myself, in this crazy position, and on a ladder with ski boots.  I started getting a bit unsure for the first time.

Step by orchestrated step, we made our way down the ladder to safety.  After each step, the woman repeated, “Next step, ready?  Step!”

But that’s not the real world?

The next day, back in my office, a similar emergency broke loose on the Pan Am Games Marketing Project — no, not physically life threatening, but project threatening and livelihood threatening.

We had, perhaps, two hours to solve a huge problem, lest the commercial health of the Games collapse on the spot.  The firefighting had begun, with calls around the hemisphere… New York, Winnipeg, Toronto, Vancouver and Mexico City.

My Number 2 went into command and control mode with Canada, and I went into diplomacy mode with Mexico City.  Most of the team was activated for urgent tasks of finding contracts and putting together argumentation on bullet-pointed one-pagers.  We never took the time to deliberate; we just went to our strengths, and survived.  And I knew that I was way outside of my comfort zone.

The two indicents of Sunday and Monday, taken together, taught me something about leadership that I hadn’t previously even thought about.

Ever since then, whenever I hear someone say, “He or she is a great leader,” I think to myself, “… in what type of situation?“

In leadership styles and situations, one size does not fit all.

– Do you believe that there are some who can lead in any situation?
– When it comes to the business world, do you think the right leader for a highly specialized startup can also lead a major corporation?