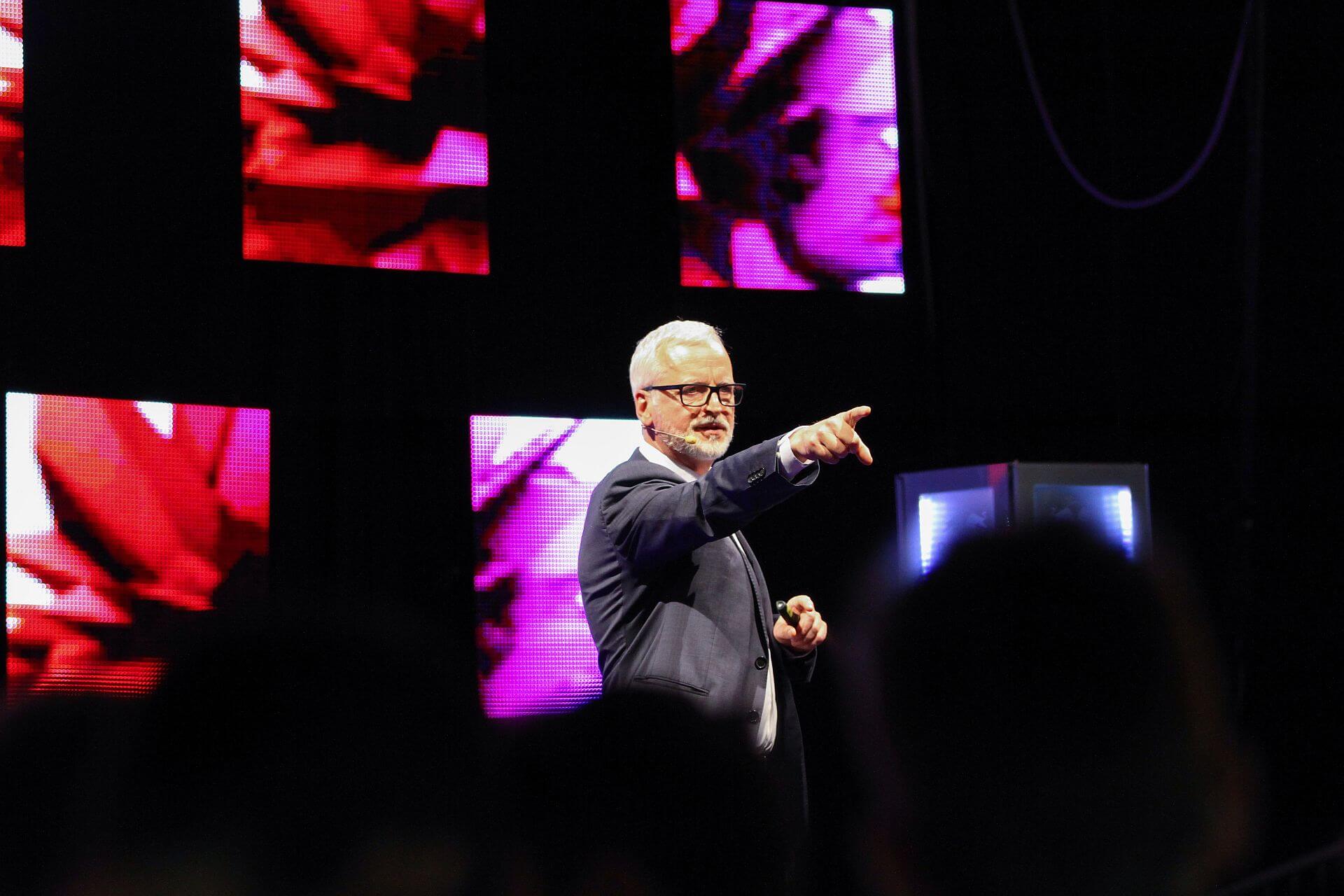 He brings not only edgy content, but high-energy delivery.

After a keynote in Amsterdam, one member of the audience told Jack, “About ten minutes into your presentation, I realized my mouth was hanging open. That’s about the only moment I didn’t focus on you!”

Jack grabs audiences’ attention from the opening and holds it right through to the end.

“Having said that, if they’re tweeting and posting my stuff, oh, I just love that.”

At The Sales Congress Warsaw 2012, Jack got scores of tweets and retweets when he said, “Sales is like sex. Everyone thinks they do it well.”

Toward the end of this 18-minute TEDx Talk in Lugano 2014, the audience erupted in laughter and applause with this.

“Closing a deal is like kissing a woman for the first time… or a man.”

He cited Will Smith’s portrayal of The Love Doctor. “You don’t kiss her. You put yourself in a position to be kissed. Move 90% of the way, and let her lean in the other 10%. She wants to feel like she has some of the control, and so do clients!”

Contact Jack to see how he can enlighten and entertain your sales team or guests.