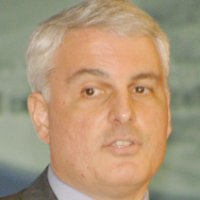 TED, Free… and Your Business Model

I just read on my friend John Zimmer’s blog that TED is celebrating a big anniversary today.

It’s not an anniversary of its founding or anything like that… but rather of a decision.

Five years ago, TED decided to make its TED Talks free for public viewing.  And as John points out, TED has enjoyed over 500 million video-views since then!

That’s a lot of views!

As TED’s European Director, Bruno Giussani (pictured right) explained to a group of broadcasters at the Eurovision TV Summit in Luzern a month ago, TED made two huge-but-then-considered-risky decisions that increased its relevance and appeal to a much wider audience.

Yep.  Both of these decisions involved providing something for free.  Go to TED’s website and you can see nearly 1,000 inspiring videos of superb speakers, absolutely free.

If you want to organize a TEDx event, you can secure the license free-of-charge.  I know.  I myself have organized TEDxZug and TEDxLuzern.  You do have to commit to measurable levels of quality in organizing your TEDx event and, of course, making quality video recording of your TEDx Talks available online… free.

You might think that this is a crazy business model.  Or the astute reader might note that TED is a non-profit, after all.

Right, but TED does boast an impressive top-line in revenue generation, and this might be an approach for your start-up or entrepreneurial venture.

Former Managing Editor of Wired Magazine, Chris Anderson*, provides numerous examples of this in his book, “Free – The Future of a Radical Price.”  Take Gillette’s approach a century ago: “Give away the razor, then sell the blades.”

So along comes TED, with a cult following of paid subscribers and its funky-but-not-really-mainstream conferences.  TED decides to provide its TED Talk videos for free, and wham!  It goes viral.

They then decide to let independent enthusiasts organize TEDx events.  Waddya’know?  These enthusiasts essentially spread the gospel of the TED brand.  Evangelists around the world, spreading the TED faith… free.

What Goes Up Must… Bring Revenues With It!

And what happens to the demand for TED’s main conference in California each winter, as well as its European event TED Global in the UK each summer?  It skyrockets.

And be ready to pay a fair penny.  From what I hear from TED-sters even more passionate than I, it’s worth every penny.

Indeed, TED attendees are beyond faithful… as most evangelists are.

And Your Business Model?

Think about your business, goods and services.

Can you give away something of nominal value that leads to customers buying your real mojo at a premium price?

How can you create demand by building the “Free” concept into your business model?