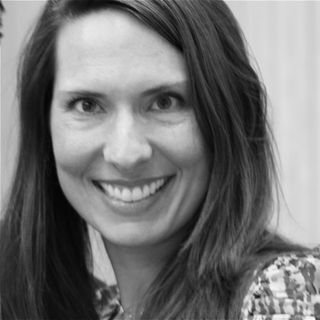 And Other Gems from HubSpot

Blogs that are posted at around 9 a.m. have the biggest impact.

That was reported last week at the Next Generation Marketing conference by Kirsten Knipp (pictured right), HubSpot’s Director of Product Evangelism.

It’s also tailored to the U.S., but the numbers can’t be that different in Europe.

About four years ago, HubSpot reported a range of times, taking into account the three time zones in the U.S., and mornings are best.  HubSpot’s findings are insightful.

I’ve been following HubSpot for about a year now, and I highly recommend it.  So it was a joy to meet Kirsten at the conference last week and, like so many of the other speakers and attendees, she shared some real treasure.

One was obvious.  Companies that blog have double the traffic of those that don’t.  Those “double the traffic” numbers are for established companies.  I’ll bet that, for Brave New World start-ups and consultants, those numbers are even higher.  If you’re not blogging, or even “joining the conversation” on relevant LinkedIn threads and the like, you are not marketing in the Brave New World.

Am I complaining about “obvious”?  Absolutely not.  This is evangelism, man, so keep preaching the faith.  (And Kirsten presented quite a few diamonds in the rough, too!  “If you tweet 140 characters, how will people re-tweet you?”  Maybe that’s obvious, but I sure missed it.)

Kirsten gave me a copy of a great book for aspiring evangelists and missionaires alike, Inbound Marketing, co-authored by HubSpot founders Brian Halligan and Dharmesh Shah.  I’ve started it.  It’s an easy read and chock-a-block full of insights.

Here’s some edgy advice from HubSpot, as also delivered by Kirsten.  “If your wallet is bigger than your brain, then continue to use outbound marketing methods.”

That’s exactly why a year ago I decided to blog, join discussions and follow blogs like HubSpot.  Essentially, social media is how I market, and the impact is positive.  I don’t print brochures anymore.  About the only things I print are business cards and stationery (and I hardly use the stationery!).

I’m not alone and I don’t claim to be on the cutting edge.  Many Brave New Entrepreneurs are finding this to be true, too.  So if you aren’t embracing social media, you’re probably losing an opportunity.

Yes, blogging and joining conversations is an investment in time.  It’s an investment in marketing.  (And my cut-to-the-chase definition of marketing is, generating leads.)  Some weeks I have more time than others, so I often plan it forward.  I have stuff standing by so that, no matter how busy I am, I can post on Fridays, religiously.

Hmm.  It sounds like I’m becoming an evangelist, too.