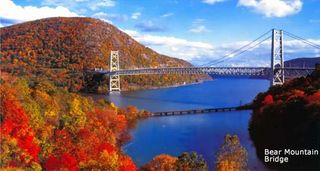 The last conference speaker before lunch was fantastic.

He was engaging as a presenter, he really knew his stuff, his material was exciting, and his slides were awesome… great visuals, minimal text.  The best presentation of the morning and, even better yet, he was right on target with a good portion of the audience.

Naturally, a line formed at the side of the lectern.  A dozen or so conference attendees would endure their hunger a bit longer in order to get some of this guy’s time.  I was fortunate enough to be the second person in line.

Sure enough, the woman in front of me was thorough, to say the least.  But I must admit, she was asking some very good questions.

In fact, she was a qualified buyer.

She had a clear need for the services the speaker provided.  After ten minutes of Q&A, she went away nodding in approval.  She thought this guy’s stuff was hot.

And this guy had just… blown an opportunity.

Maybe he was still wrapped up in “presentation mode” and felt he had to impart information.  Or maybe he was a Founding CEO, with all the technical genius to launch this hot-shot start-up and he had left his sales gun back in the office.  Or maybe…

Opportunity lost.  Or as a not-so-old proverb goes, “Opportunity is often lost because we are broadcasting when we should be tuning in.”

At the conference’s pre-dinner apero, I was again chatting with Upstart CEO.  I had come to the end of my queries, so we started making small talk about New York State, where we both were born.  And again, I  could see other people wanting to have a word with Upstart.  Yeah, yeah, yeah, the guy’s mojo was hot stuff.

So I smiled at one of the circling onlookers and welcomed this Newcomer into our discussion.

Newcomer was asking good questions, giving all the indicators of a qualified buyer.  Upstart was giving generous, in-depth answers.  But after ten minutes, the conversation was beginning to wane.

So I smiled at Newcomer and asked, “And what are you working on?”

Within 90 seconds, Newcomer and Upstart were off to the races.

To make a short story shorter, Newcomer and Upstart concluded by agreeing to meet in two weeks, with key team members from each side.  Newcomer would send material to Upstart before then, so that Upstart’s team could get a better understanding of the challenges Newcomer was facing.

Opportunity won.  (And I didn’t even get a commission.  But I did build goodwill.. on both sides.)

In the Brave New World of Sales, do not expect your prospects to take action just because they think your stuff is hot.

But to lead a prospective customer successfully through the buying process, your hot stuff is only a start.

In the Brave New World, the hottest stuff out there is not your hot product, your sexy brand, or your cutting-edge management team.

The hottest stuff is your ability to bridge your focus toward the customer.