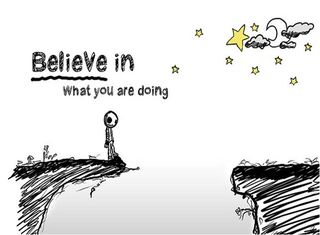 I’m going to write great things this year, because I’m a writer.

This all relates to what I’ve read so much of leading up to the new year… on friend’s Facebook entries, on colleague’s LinkedIn updates, on Tweets, on blogs…

It’s the product of personal conversations.

It’s the outcome of a lot of reflection.

It’s all about achieving big things in 2011, not by planning, but by being.

And, most importantly, it’s simple.

I was at a conference in December and I said to an acquaintance, “… I use to be a writer, and I’m getting back into it.”

But so many people that I consider high-achievers are having this conversation now, that I’ve been bitten by the bug.

I don’t care if I’m a first-mover or not.  I want to achieve something specific in 2011.  Probably a good idea to start believing it.

The fact is, I have a Bachelor of Science in Magazine Journalism from Newhouse School of Publications at Syracuse University.  I edited newspapers and regional magazines for a couple of years and then, two decades ago, I “strayed” in to international sales and marketing.  No regrets.  In fact, I believe my writing has helped me a lot in business.

Over a year ago, I started blogging and, as you’ve probably noticed, I’m doing that now.  I’m close to finishing my first book.  Toastmasters Magazine has accepted two of my articles for publication later this year, one of them has been submitted and I’m working on the second.  I’m guest-posting with more frequency.

I’m now calling myself that.

I’m doing what writers do.

I’m still a sales and marketing advisor.  In fact, that’s what I write and speak on.

But this is no longer about what I want to be, or what I might be next year.  This is about what I am… now.  2011 is here.  The present is always here!

And this is also about you.  So… what do you want to be by the end of 2011?  Can you start believing that you are it now?

Perhaps you’ve always wanted to be an actor, and you’ve made a resolution to join a theatre club.  Well, then, start saying, “I’m an actor,” and start doing the things that actors do!  Even when they’re in between jobs, actors do certain things.  What are they?

Perhaps you’ve resolved to change your business offer?  Well, then, you are a consultant in intellectual property rights (or whatever).  Start saying it, start doing it… and start selling it!

Sure, in the Brave New World you should be ready to follow-up with your specific value statement:  “I’m a sales and marketing advisor.  I help companies sell better.”

But that’s not the point here.  The point is that you visualize what you’ve been aspiring to be, and that you start believing it.  This will open the mental and emotional doors to start being it and acting on it.  Now.

Post Script:  I will continue to post every Friday morning, with a significant piece on selling.  But I will also post pieces of varying lengths throughout the week.  These could be simple quotes, or thoughts on leadership for start-ups in the Brave New World.

I will not send out e-shots for most of them, so make a point to visit a few times a week, or sign up for the RSS feed.  Thanks and… here’s to a great new year!

This is all related to what I’ve read so much of over the new year… on other people’s Facebook entries, LinkedIn updates, Tweets, blogs.

This is all related to what I’ve read so much of over the new year… on other people’s Facebook entries, LinkedIn updates, Tweets, blogs.

This all relates to what I’ve read so much of over the new year… on other people’s Facebook entries, LinkedIn updates, Tweets, blogs.