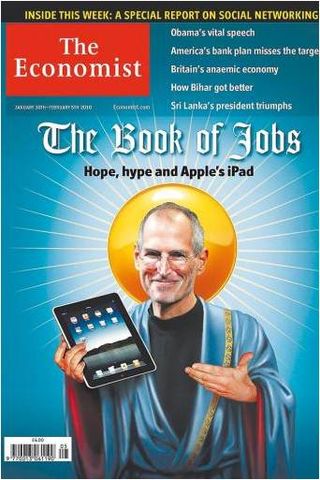 A year ago I made the leap of faith…

I bought an iPhone.

I got a pretty good deal from my mobile provider, but it required a significant long-term commitment. The customer service rep was passionate that I was doing the right thing.

When I got the device in my hands and started using it, I knew I had done just that.

It was a beautiful experience, yet… there was so much to learn. How do I dial a contact? OK. Now how do I download apps?

The learning was intuitive and I’ll let you in on a little secret. It was fulfilling. My learning experience was becoming a love affair complemented by the beautiful design.

I was connecting with a higher calling… the Apple brand.

Until this awakening, I had been more than a bit cynical when people would use their iPhones in public. Was cynicism really camouflaging my feeling of exclusion… from the cult?

Well, I was excluded no longer, and it wasn’t long before I was proud of my device, too. (A freaking piece of hardware? Was I getting attached to my material possessions, Buddha?)

I’m not admitting (at least not openly) that I would commit the heinous act of flaunting.

But I had become a believer.

Before long, I found myself proselytizing.  That’s right, I wanted non-users to convert to the iPhone, and to the religion called Apple. I was doing this for one simple but powerful reason, a firm belief: this product would make your life better! Last year, my entrepreneurial bible, Fast Company, published an interview with John Sculley, Apple’s CEO in the 80’s and early 90’s, who took the company from $800 million in annual revenue to $8 billion.  Sculley gave several reason reasons as to why he should not have been Steve Jobs boss back then.

Mind you, Sculley didn’t elbow his way through the political ranks of Apple to get the top. It was Jobs himself who lured Sculley away from Pepsi-Co, who asked Sculley to become his CEO. Jobs recognized that Sculley had the skills Jobs lacked.

Jobs reportedly sealed the deal by asking Sculley, “Would you rather sell sugar water for the rest of your life or come with me and change the world?”

Talk about brand evangelism and sacrifice for the greater good!

Sculley often said that Jobs was an obsessed missionary, that Jobs cared relatively little about product technology, that technology was just a means to an end.

Jobs was obsessed, however… by two things: design and the user experience.

Today, this probably surprises no one. But it does give me, at least, a sense of what it must have been like to work inside Apple. Were the Cupertino Headquarters a temple? I can almost smell the incense.

Brands can learn a lot from religions, with their rituals, icons and leaders of deep conviction… who also dress the part.

Authentically living the brand from the top down is part of the magic.

Kunde overlooks Apple as a case study, probably due to the fact that Apple was in the early phases of its own resurrection at the time of writing. Kunde does, however, show how great companies have strong leaders… obsessed communicators who unite their entire organizations around a shared vision, a corporate religion.

This is vital for building a brand religion made up of passionate customers… evangelists promoting your brand for you, proselytizing future customers.

Sound silly?  Talk to almost any Mac user or iPhone flaunter today, and you will sense devotion. Their conviction is almost irrational.

If you’re an Apple user, you feel it. You know it.

If you’re not an Apple user, you might be skeptical, or even cynical.

Great brands have devoted followers as well as skeptics, and Apple has become one of the world’s strongest brands. Last week, I stepped further into the temple. I bought a MacBook Pro. I’d have to wait two weeks for delivery with an English keyboard here in Switzerland, but that didn’t stop me. I plunked down my money on the spot. Why cause a further delay?

And wouldn’t you know it? Steve Jobs goes and dies while I obediently await my… vehicle to Apple’s ultimate brand experience!

Am I worried about the future of my user experience, now that I’ve made the leap of faith? Will the design of Apple products suffer like they did when Jobs exited the company the first time?

When Jobs left Apple in 1985, the company was in the midst of a schism.

Jobs had not prepared his succession because he was… a bit distracted. The sacrificial blood was running on the streets of Cupertino, and it was his.

This time, it’s very, very different. Jobs’ death was a surprise to no one, not even him. Pancreatic cancer and related complications have been plaguing him for years. Meanwhile, he was leading Apple from one miracle to the next.

Jobs was not an easy man to work for. But then, what spiritual leader is?

While the Dalai Lama is seen as warm and cuddly here in the West, he’s reportedly a tough and disciplined monk around the temple in Dharamsala. Jesus is seen as the savior by many, but let’s not forget that he was an outspoken rabbi committed to changing his religion’s politics of the time.

“Without a vision, the people perish.”

As unique and fiery as Jobs himself was, surely he wasn’t oblivious to his own vision of Apple’s future without him.

Silicon Valley is loaded with talent, like Tim Cook, who Jobs also groomed and hand-picked. Beyond Cook, qualified and devoted disciples are surely in the wings to keep spreading the faith.

The devotion will only become more passionate in Jobs’ passing.

And I can’t wait for my MacBook Pro to arrive.