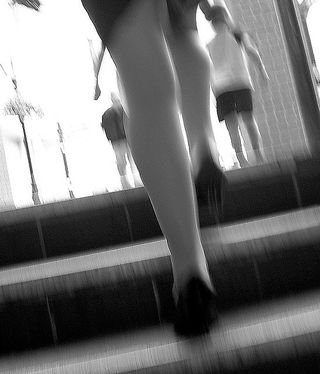 If you try to close a sale in a first visit to a new prospect, you’ll probably close the door and not get back in.  Ever.

In the Brave New World, especially in the B2B space, you’ll probably need at least three substantive meetings before you can even think of securing new business.  In some industries you might need a year or more.

This does not mean you should approach such meetings without an objective.

Early in my career we used to say, the purpose of a first meeting was to get a second.  That’s not bad advice, but today being more specific can help you shorten the sales cycle, and also help the client make his buying cycle more efficient.

Let’s say you’re concluding a constructive meeting with a new prospect.  Rapport and initial trust have been built, and you’ve explored the prospect’s challenges.

As next steps, you agree to prepare follow-up material and send it to the prospect early the following week.  The prospect is genuinely grateful as he walks you to the lift.

Was that a successful meeting?

I don’t think so.

It’s not the end of the world, but you’re not doing as well as you could have if you had done some pre-meeting planning… and some in-meeting asking!

Savvy sales people — and successful entrepreneurs — call a sales visit successful only if the prospect contributes to the next steps.  This is called an “advance.”

The term was first coined by Neil Rackham, author of SPIN Selling.  I personally abhor the word “spin” as a title.  It wreaks of manipulation and everything that a trustworthy salesperson should not be — a master of spin.  Ugh!  Nevertheless, the concept of advance is rock solid.  It’s where you want to be by the end of any sales call.

The flip side of an advance is a “continuation.”  If the sales person is doing all of the work as next steps, it’s better than being rejected (perhaps), but it’s not as good as an advance.  It’s a continuation.

Are some advances better than others?

The quality of an advance is determined by the extent to which the prospect contributes to the next steps, or as we Americans often say, how much the prospect is putting “skin in the game.”

If the prospect is going to arrange a meeting with a board member in the near future, this is a good advance, and a good indicator.

But an advance should not be seen only as an indicator.  It should also be used as a tactical planning tool.

Sure, sometimes a meeting may take an unexpected turn, and your envisaged client need falls away and unforeseen opportunities arise.  In this case, your planned advances may be become irrelevant.  But by having them written on your meeting plan, you’ll be reminded that you should seek something in the way of an advance, albeit within the context of the new opportunties.

Now, let’s say the meeting has gone smoothly, but the prospect is not contributing to the next step.  Is it doom and gloom?

Certainly not.  But wouldn’t you feel better if the prospect was going to pull some material together, and ask one of his assistant managers to call you the next morning?

… you should work harder and faster on the prospect who is advancing than on the one that is merely thanking you for the visit and patting you on the back as he shows you to the door.

By using the advance concept, you can qualify your probability of getting back in that door, you can determine to what extent you want to apply your finite resources to this particular prospect, and by recommending these next steps, you can shorten your deal cycles.

– Have you ever had a prospect smile and say, “This is just what we need,” then not commit to next steps and, what’s worse, not return your phone calls?
– In retrospect, do you now feel a little naive about your outlook on some of your past meetings’ outcomes?  (Hey, I look back on some sales visits and shudder.)
– What kind of advances and constructive next steps would you like to secure in early-stage meetings going forward?
– I like it when you email me with comments, but I love it when you comment here.  (So agree with me.  Or disagree with me.  It’s all good!)