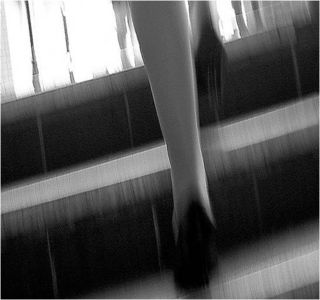 I received some great comments last week about the next step, or advance — a few by email and one posted by Leo.  (Thanks, Leo!)
No Advance Secured

Leo asked, “If a customer doesn’t agree to advancing, do you stay in touch anyway?”

Yes!  The prospect may have a need in the future.  You’ve opened a relationship.  A continuation is not the end of the world.

Staying in touch does not have to take much time.  (I’ll post about drip-feeding in the near future.)

I follow-up every meeting with an email or a letter, and I drip-feed prospects where I believe there is some potential.

If you get a continuation, you should simply change your focus.  Don’t try to close this piece of business.  Instead, determine if there is a chance of advancing in the future.  Many prospects don’t have acute needs today, but might tomorrow.  Don’t squander that!

Another comment I received this week, and hear often is, “I want to meet the prospect’s boss, and it’s not happening.”  When I explore more closely, I often find that these prospects are willing to arrange meetings for the salespeople with junior managers or managers in other departments.

Don’t obsess with meeting the boss, the CEO or the King of Mambo.  If a prospect is putting resources toward the next step, it’s an advance.  If those resources are people within the company (or even vendors, like their designer or distributor), they’re serious about working with you!  Embrace it!

Don’t Wait Until The End of The Meeting

One mistake salespeople sometimes make when they first learn about advancing is waiting until the end of the meeting to ask for an advance.

Clearly, you want to review your progress with the prospect at the end of the meeting, and any advances should be reiterated then… by all means!

But advances naturally occur during the meeting.  Snap them up, right then and there.

“O.K., so your research assistant and I will review those results early next week.  Great.”  Make a note of it.  Review it at the end.

The advance should become a natural evolution of the meeting.  This is Selling in the Brave New World.

Make advances part of your smooth way of engaging.  But by all means, plan for them as your key objective in any early stage sales call.