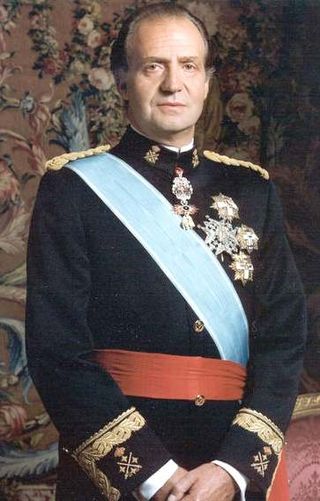 A Leader With Cojones!

I’ve got a very special place in my heart for King Juan Carlos of Spain.

That’s where leaders touch us the most, in the heart.

Sometimes they have to resort to other areas of the human anatomy to earn their way into our hearts.  One February night, half a lifetime ago, Juan Carlos showed me, and most everyone in Spain at the time, that he had a serious set of cojones!

Thirty years ago today, Western Europe had its last coup d’etat.  It was Spain, 23 February, 1981.  I had the good fortune to be living there and witness one of the greatest acts of leadership of our time, although I was more than a little nervous as the events unfolded.

Spain’s young democracy was suffering growing pains.  Parliament was attempting to elect its next Prime Minister.  While the process was not smooth, no one could anticipate what a test this democracy was about to face.

A wild-ass Lieutenant Colonel named Antonio Tejero stormed the Lower House of Deputies with 200 Guardia Civil and a pistol in his right hand.  Loosely translated, he shouted, “We’re going back to the good ol’ days.”

Tejero longed for days gone by, the days of El Generalisimo Francisco Franco, the Spanish dictator who ruled Spain for 40 long years and shielded the country from the rest of Europe.

Paint fell from the ceiling as bullets were fired into the air.  Tejero had everyone’s attention.  He and his hombres secuestered the ministers in the Parliament, and Spain came to a stand still.

I remember wondering if I should flee the Gothic Quarter of Barcelona and head to the French border, but a Spanish train didn’t seem like anything to bet on.  Some of my neighbors had far bigger worries than I — prison among them — and they weren’t running for cover.  Instead, they were filling the bars for a good debate.

So I decided to hunker down and join the lines of housewives and students buying rice, flour and whatever other staples were left on the shelves, before stopping by a bar to listen to what the hombres were saying.

It was apparent, at least in this working class neighborhood, that Tejero’s vision was not that of the people.  Spaniards thought democracy was pretty cool, and dictatorship was so… un-Western-European.

The late afternoon went into the evening, and uncertainty gave way to fear.  How was this going to end?  Would it end?  TV’s were on around the nation as Spaniards had their late dinners with eyes glued to national television.

Dressed in the highest military uniform as Capitan General de los Ejercitos (Armed Forces), the King spoke seriously and deliberately.  In a nutshell, he said, “La corona, the crown, does not recognize this outlaw officer, and it fully supports Spain’s democratic process.”

Perfectly timed.  The country breathed a collective sigh of relief.

In the world of power and social conflict, El Rey essentially said, “Spain will go back to military dictatorship only over my dead body.  Good night, fellow countrymen.  Sleep tight.”

Barcelona’s Gothic Quarter is usually noisy well into the night.  But right then, you couldn’t hear anything.  No motorbikes.  No juke box.  No partiers having their penultimate glass of brandy.  Could the entire country have been speechless?

There are still a few dictators around, and they’re on the run.  Why?  Because they don’t love the people they’re leading.

I watch as these cowards hide behind their armies and kill their own people.

King Juan Carlos stood up to the military, for the people.

Juan Carlos had cojones.  And Spain has been a democracy ever since.