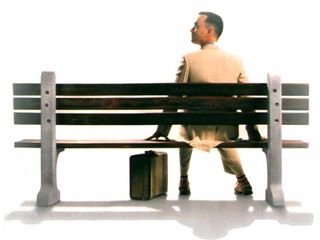 Cute word you use to describe the ass-kicking you and your Democratic party took in the U.S. mid-term elections this week, Mr. President.

In fact, I would say that the customer, Mr. Forrest Gump — that slow, usually sweet tempered guy in middle America — is mighty pissed off, Mr. President.

You used to show Gump & Associates big vision, in a simple way.  And your team worked very hard on Gump’s business.  But somewhere in the customer relations phase, you lost the magic you had when you first made the sale.

Even his Momma warned him of closers like you.  “Life is a box of chocolates, Forrest.  You never know what you’re gonna’ get.”

And that’s what really pisses him off.  He bought your dazzling bill of goods, and then?  You frustrated him with appalling customer service.

Post-sale, your communication with Customer Gump was laughable.  When you did communicate, you confused him with “Harvard Speak.”  Remember, Gump’s a little slow.  He can’t quite grasp that elitist stuff.

Don’t you remember Gump saying, “Momma always had a way of explainin’ things so I could understand ’em”?

Well, your competition remembered.  They’ve been in talking with Gump, Mr. President, not at him.  They’ve been connecting.  It hasn’t always been truthful, but, hey, that’s the competition in the Brave New World.  A good sales team has to be ready to deal with mean competition, and so must a good customer service team.

The competition claimed you bankrupted the country.  To Gump, it doesn’t matter that it may have been your predecessor who brought the economy to the brink while spending all the dosh.

The mere sound of the word “bankrupt” resonated so deeply with Gump that his emotions kicked into overdrive and clouded his logic.  His son’s employer went bankrupt, and his neighbor down the street is still looking for work.  The “B” word hit close to home, and you didn’t know how to counter it with simple concepts.

In fact, the competition spent a lot of money on things like “neuro-marketing.”  They identified Gump’s pain.  They used words that he uses.  They got him to talk about it.  They shifted the conversation.

This isn’t Harvard Law School.  But it is big business.

The good news for you, Mr. President, is that Gump isn’t completely convinced by the competition, so he’s left you a small piece of business.

The competition had compelling argumentation to drag the mood of the country down, and you with it, but they haven’t communicated a clear vision either.

What’s worse for them, they showed signs of squabbling during their final pitch to Gump & Associates.  And now they’re in-fighting and hanging their own dirty laundry out for Gump to see.  They don’t look like a very cohesive team, and Gump isn’t fully trusting anybody at the moment.

You’ve got two years to save the Gump account, Mr. President.

Talk with Customer Gump, not at him.  And don’t you dare talk above him.

Because next time he won’t just give you a shellacking.  He’ll send you packing.