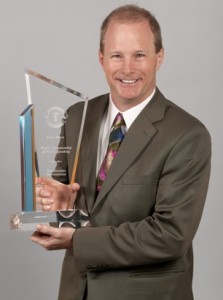 The website has been launched for the Toastmasters Division J Spring Conference, 9th April, in Utrecht, outside of Amsterdam Netherlands.

Division J Governor John Rouse has asked me to be Guest Speaker at the conference, along side of Lance Miller (pictured right).

Lance was Toastmaster’s 2005 World Champion in the International Speech Contest.

Lance will speak about “Losing His Way To the World Championship,” and I’m fully expecting that to be a fire-cracker!

There will be a special session targeting business people and entrepreneurs on Friday night, 8th April.  Lance’s topic there will be “Leadership In An Adverse Environment.”

I’ll probably be spending some quality time with Lance, and I’m already preparing a few questions to run by him.  If you have any, let me know, and I’ll be happy to play messenger!

So Now, The Pressure’s on Me!

As guest speaker, I know I’ll have to deliver the goods, too!

For the Toastmasters session on Saturday, I’ll deliver “Content is King. Context is Queen.”  That’s a re-work and upgrade of what I was presenting to various conferences in 2007 and 2008, and which seemed to go down well at the Toastmasters European Fall Conference, in Vienna.

Back then, I focused mostly on what makes a message compelling.  (Some will remember, “the timeless and universal condition of Human Nature,” which was mostly about “theme.”)

This year, I’ll ratchet that up, to include the fundamentals of “plot” and “character development.”

At the business session on Friday evening, I’ll deliver “Sales Pitches That Snap, Crackle ‘n Pop.”  That’s the new title for my book… that gnarly, little work in progress!

By the way, business people often shudder when they hear the word “storytelling.”  If you replace it with the words, “case study,” they feel more in their comfort zone.

Comfort zone, schmomfort zone!  The best case studies are actually great stories.  You can throw around a lot of business data and jargon, but if you want to entice your buyers, stakeholders, employees, anybody… try building a compelling story around your case study.

I won’t tip my cards too much on “Context Is Queen” for now.  Come to the Netherlands in early April, if you want to see it first hand!

– What questions would you like to ask a World Champion public speaker?

– Let me know!  And I’ll report back with a new post following the conference.