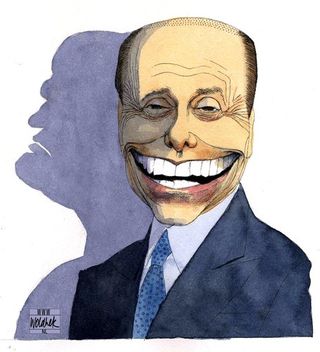 The Italian Job: Why Entrepreneurs Rock and Politicians Suck

Italian politics and business often provide the perfect mix for a good story, and this week was no exception.

The story flared up when Fiat CEO Sergio Marchionne said that the auto gigante would perform better if it could carve Italy out of its results.  You read that right, Italy, as in the home country.

Marchionne, who was born in Italy but emigrated to Canada at age 14, may be a bit too direct for Prime Minister Silvio Berlusconi and his amici in Parliament.  But he’s not too diritto for leading in the Brave New World.  The auto boss has done an effective job of turning Fiat around — read, “and saving jobs” — after it almost went belly up in 2004.

Since then, the Italian auto maker has also bought stakes in the American Chrysler, arguably contributing to its rescue, and has been instilling a culture of entrepreneurialism throughout the organization, although much work remains… especially at home.

Marchionne’s “We’d be better off without Italy” comment was pointed at the trade unions first, and a government that hasn’t gotten out of its own way in promoting economic initiatives second.

He wasn’t waxing lyrical pie-in-the-sky, either.  He was referring to the cold fact that productivity at Fiat’s Italian plants is much lower than at its Polish plant.  This is something that effective CEOs are paid to measure… and act upon.

“Marchionne’s straight talk is unusual for a public figure in Italy and has drawn him both praise and criticism,” says the Associated Press.  “Moderate union leaders and some politicians credited him for speaking about the country’s real problems, such as the lack of productivity.”

But i veri politicanti were quick to deflect the real issue and turn the conversation into, Marchionne, l’anti-Cristo!  “This is what we get for the bail-outs of years past?”

Bravo, signori.  Public rhetoric at its political best.  But you’re not doing anything about Italy’s competitiveness.  You’re not focusing on the real driver of economic well-being in society today: jobs!  Demonizing a business leader may get you votes, but it doesn’t do anything for your economy and your people.

The fact is, I love your country, but not for anything you politicians have done lately for its productivity… or anything remotely related to innovation and entrepreneurial spirit.  You waste your time deflecting and manipulating the real issues, while Italy, in many ways, remains in the dark ages.  Finding an internet connection is easier in India than it is in Italy, and, by the way, if you haven’t been paying attention over the past… oh, TWENTY YEARS… India’s entrepreneurial spirit rocks!  So does Poland’s.  Italy is standing still, which, in the Brave New World, is the equivalent of going backwards.

Focus on the real issues, boys, and talk straight about them.  Stop behaving like like politicians who manipulate the world, and act a little like entrepreneurs who really want to improve it.