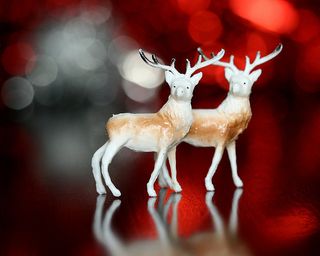 Once upon a time, in a far-off isolated marketplace, there was a cutting-edge advertising agency with happy clients and strong profits.

Just before Christmas, in the darkest time of the year, a couple of the agency’s star performers decided to leave the agency and go out on their own.

They weren’t unhappy with the agency or with the CEO.  In fact, they had learned a great deal over the years and, deep inside, they were grateful.  But their desire to self-actualize at a new level made them rambunctious.

And off they went.

The upstarts secured a first client so quickly that many in the industry wondered if they already had the new client in their back pockets as they planned their exit.

Would the agency CEO make the star performers’ lives difficult?  Would he sue?  Would he have something nasty to say?

The local business press wanted to know, and the CEO’s phone rang.  On the morning of Christmas Eve, the story broke.

Here’s how the CEO responded:

“This is the natural cycle of the agency business.  Those two contributed to the successful growth of this agency.  They have a lot of friends here, and I expect we’ll remain friends.  We wish them the best of luck.”

But what about having those creative minds now as competitors?

“We welcome competition.  It keeps us agile, on our toes.  We always try to be great for our clients over the long-term, but we’re not naive, either.  Competition forces us to be better in the short-term.

“The overall quality of advertising in this market will only improve as a result of another creative player in town.  The ultimate beneficiaries will be the local advertisers, and we’re going to play a role in that.  Exciting times are ahead.”

– How do you think this was received in the marketplace?

– If you were an employee at the established agency, how would you view your boss?

Even Reindeer Compete!
– Below is how one competitive reindeer sings about his main rival.
– Enjoy it, and happy holidays!