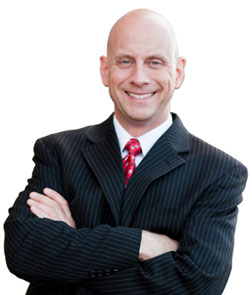 The Toastmasters 2011 European Spring Conference in Lisbon exceeded all expectations.

Hats off to the Lisbon organizers. Bem feito, amigos!  You folks knocked everybody’s socks off.

Show Me! And Make It Fast!

I won’t hide the fact that I went into Lisbon with skepticism.   “O.K., so you won a speech contest once ten years ago,” I thought to myself.  “How does that affect my life?  What’s in it for me?”

I was willing to give Darren the benefit of the doubt.  We are fellow Toastmasters, after all. We share a certain bond.

But still… I can be a cynical jerk and quick to judgment.  Darren would have to prove himself rápido.

And he did.  Long before he even went on stage to deliver his keynote, in fact.

At the opening dinner on Friday evening, Darren approached me and introduced himself.   He cited my successes in Toastmasters, and he also asked me about the panel discussion I was leading on Sunday.

He did the same with other people throughout the evening. He didn’t have to prove himself with chest-pounding before proving himself with his keynote the next afternoon.

And what a keynote it was.  Powerful.   Inspiring.   Funny.  Self-deprecating in just the right places.  Engaging from start to finish.

One full hour filled with pearls of wisdom, yet structured so we could get it.

My Biggest Takeaway: Why Pausing Works

I’ve long been a fan of listening during sales calls.   Of asking good questions.   Of exploring client challenges and then listening some more.

As salespeople we still have to balance exploring and listening with presenting effectively… with talking.

And pausing in just the right places increases your effectiveness, as Darren points out.

It can be torturously difficult to pause.  It can feel awkward… and threatening!  What might the prospect be thinking?

Pausing allows the prospect (or audience) to catch up with us.

It encourages the audience to frame our concepts in their mind.

It encourages the prospect to sell him or herself on our concepts.

But Isn’t That Dangerous?

The risk in pausing, one might think, is that the prospect has time to raise an objection that they would not have otherwise raised in your presence.

But skilled salespeople know that the the best time to handle an objection is when you’re there… when you’re present… when you have the opportunity to address it face-to-face.

And here again, an effective tool to use after handling an objection is… the pause.

Pausing is distinct from exploring and listening.

In pausing, the assumption is that you have spoken.  You haven’t asked a question.   You haven’t listened.  You’ve spoken.  Perhaps you’ve presented a great idea or an edgy concept.

Now… give your prospect time to digest it.

When Darren finished his Lisbon keynote and exited stage left, I was fortunate to be sitting in a left aisle seat, toward the back.   So I reached out my hand.  “Man, what a cracker of a presentation.  You blew us away!“

Darren smiled, looked me in the eyes, and asked, “What was it specifically that you liked about it?”

“Well, I like to relate things to sales, because that’s my space.  So much of what you said was relevant not just to presenting generally, but to selling specifically.”

And therein lies my Take-Away Number 2 from Darren’s keynote.

If somebody tells you they really liked your pitch, ask them, “What was it specifically that you liked?”

It engages people in the positives.

That’s a powerful tool to have in your sales toolbox.