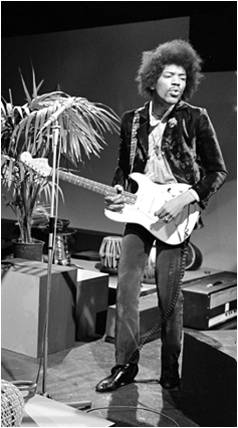 There was always something mystical about Jimi Hendrix, at least to me.

For one thing, he headlined the iconic Woodstock Festival in 1969, then died a year later… just as I was beginning to identify with him.

For another, his music was cutting-edge, and his lyrics touched on the human condition.

“The Wind Cried Mary” really cemented in my mind that Hendrix was deeper than your average musician, that there was the wisdom of a poet deep within.

That’s why this quote resonated with me, and it’s one of my obsessions in the area of sales and entrepreneurialism in the Brave New World.

As salespeople, and as people, we too often try to impart our knowledge too early in a person-to-person engagement.  In the sales process, we should be diagnosing before prescribing.  We should seek first to understand, then to be understood.

By listening, we  acquire knowledge, sure.  But we also engage the other person in a powerful way.  Clients may think they want you to tell them about you and your sexy products, but what they really want is for you to listen to them.

In fact, listening is the most highly desired trait that buyers want in salespeople, and it is among the most under-rated sales skill by inexperienced salespeople.

Listen.  To the wind.  To the tea leaves.  To the marketplace.  To the buyer.