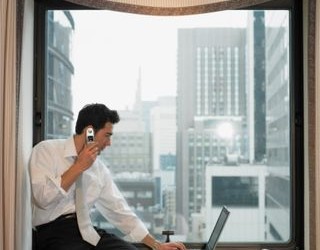 A few months ago, I was working with a corporate client whose sales team’s conversion rate was not as high as management desired.  We isolated the problem to a late stage in the sales process, usually the proposal stage.

It just so happened that an old friend of mine lives in that city, so we caught up for dinner.  He’s a consultant with one bread-and-butter client, but was struggling in securing new clients.

He had just lost a big pitch.  It would’ve made his year.  So I dug down with him, and started at the top, and asked how he and the prospective buyer had gotten in touch.

I thought this would lead to a relatively long story, a sales cycle of at least several months — of several meetings, phone conversations, email attachments, and all that jazz.

The story turned out much shorter than that.  The buyer — a project head — had gotten the consultant’s name from an industry colleague.  The buyer was the one who established first contact with the consultant.

My consultant friend was ecstatic and…

…at the buyer’s suggestion, agreed to a phone conference the next morning, at which time the buyer would give him the brief.  About 20 minutes in to the conversation, the buyer had to run in to an important meeting.  He promised to send the consultant an RFP document about two hours later, which he did.

The consultant got right to work.  He spent much of the following week working on the RFP, and even postponed a meeting with his existing client, so that he could answer the brief with flying colors.

As he was concluding the RFP, he called the project head/buyer to review a few points.  The buyer was travelling and only returned his call once, from an airport, and quickly answered most of the consultant’s questions.  He commended the consultant for his perceptive questions and reiterated that things were moving fast, the budget was there, and he needed the proposal ASAP.

The consultant put the pedal to the metal.  He had a designer format the proposal, then took it to a printer, and sent off expensively bound copies by express courier…

… and never heard from the buyer again.

Well, he did hear from the buyer again, but it might as well have been never.  It was after the business had been awarded to another vendor.

What’s wrong with this movie?  A proposal that missed the mark?   Nope.  The consultant was being naive.  And the buyer was being disingenuous.

Hey!  Don’t get me wrong.  I’m all for buyer-focus.  I’m all for customer-centricity.  But buyers are human, too, and some humans are not as nice as the rest.

It sounds to me like the buyer had another vendor in the wings, but needed to get “a few more proposals.”  And fast!  Perhaps the buyer’s boss was not comfortable taking the favored vendors proposal to the board until the project head had a few proposals to make it seem like they had “done their homework.”

A not-so-straight buyer, especially if he doesn’t don’t know you well, will sap your time and resources, just so he can show the boss he’s “scoured” the industry for the right vendors and then “diligently worked” with them in developing proposed solutions.  The problem is, he may have only diligently worked with one vendor, a favorite.  And that’s not you.

Early in the sales process, if you hear the words, “Send me a proposal,” you should see red flags and hear alarm bells.  It’s time to dig down with the buyer, and really dig.

Here’s the big message: if the buyer isn’t willing to spend a lot of time with you in a way to sufficiently solve his own problems or exploit his opportunities, if the RFP process is little more than a PDF document and a short phone call followed by, “How quickly can we have it?”… if that’s the RFP… run.  Run!

And I don’t mean run to your computer to finish the proposal.  I mean, run away from that buyer.  Run away from, what I call, Really Forgotten Proposal Syndrome.  Your probability of getting the business is much lower than the value of your time on productive stuff.  Spend time with qualified buyers.  Spend time finding qualified buyers.  And, oh yeah, spend time with your existing clients.