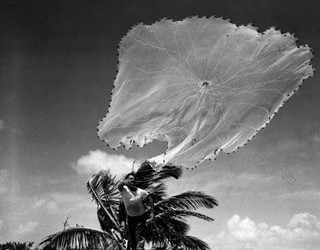 Proposals That “Catch All” Often Catch Nothing

Trying To Be All Things To All People?

A change management consultant recently told me about an exchange he’d had with the CEO of a mid-size firm that engages him on an ongoing basis.

The consultant skillfully engaged the CEO in jointly crafting a solution for an initiative that would be spearheaded by next generation leaders. The CEO was pleased, and he committed to “massage it through the executive committee” in order to secure all-important buy-in.

An hour later, the consultant’s mobile phone rang. On the other end was the CEO, a bit agitated.

“It’s a catch-all,” he barked. “It’s too over-reaching. It’ll get shot down by my team; in fact, I won’t even try to get this through in this condition. Please, tighten it up.”

Clearly, the CEO certainly knows his constituents, but he’s also a good salesperson, an influential leader… and this is a good lesson overall.

Try to be all things to all people, and you’ll be nothing to everybody.

Ask someone to champion your deal within an organization, and even the guy at the top will have a hard time if you go too broadly with your scope, or even benefits.

In the same light, a 50-something who was getting career counseling learned the following in his first session.

“At your age, and even ten years younger, employers don’t want generalists. They can get them a lot younger and a lot cheaper. Your only chance is to differentiate yourself with razor thin precision.”

Proposals that try to catch all often catch nothing.

As the old Chinese proverb goes: “He who chases two rabbits catches neither.”

In the brave new world, only your best stuff will win. Toss the rest.

I help companies sell better. I love to talk sales improvement, so feel free to email me at jack(dot)vincent(at)focus360(dot)ch.